Take a Peek into our Harry Potter party - Hogwarts School of Witchcraft & Wizardry...where a very special Mr. Potter turns 7. What a magical time was had by all. One of my favorite themes so far! 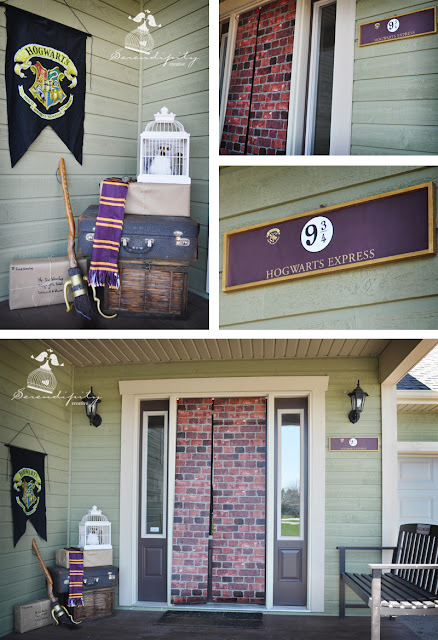 Guests were greeted by you guessed it "Platform 9 3/4"! 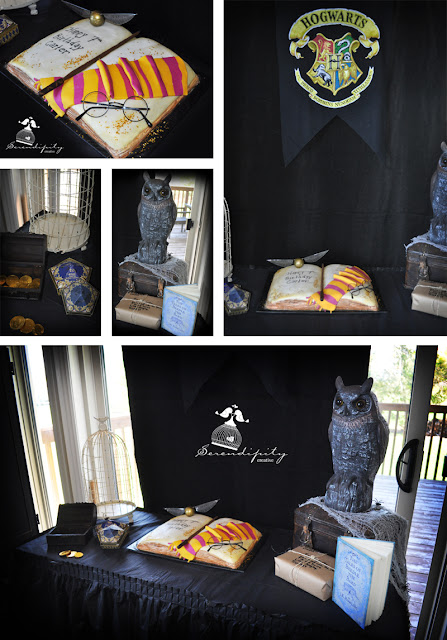 We did a fun Cake inspired by the Harry Potter books. 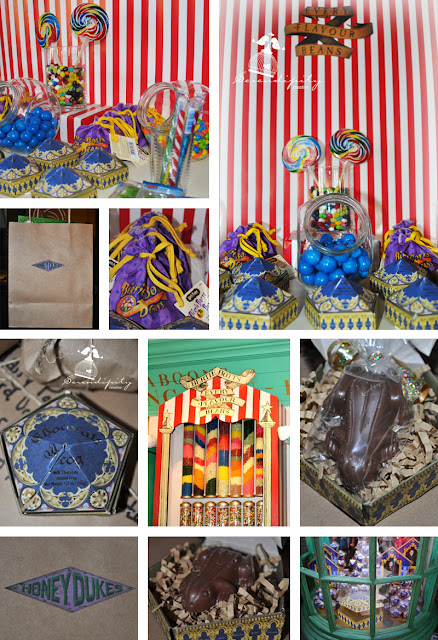 Honeydukes Shop inspired by Bertie Bott beans! Inspiration abound on a recent trip to the Wizarding world of Harry Potter! Guests received their very own custom made Chocolate frogs and Bertie Bott beans to take home along with other sweets. They also took home honeydukes bags with Harry collectible sticker books/cards with posters from the new movie, badges and of course their cloaks and custom made wands. 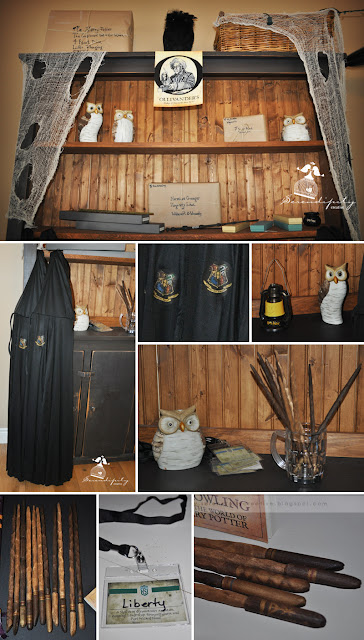 Ollivander's wand shop, Madam Milkens and Owl Post all rolled into one...where our budding wizards shopped for their Hogwarts robes and where the wands really did choose them. 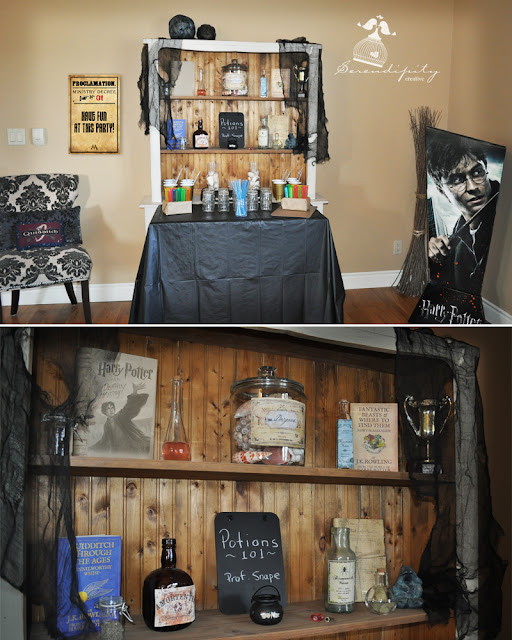 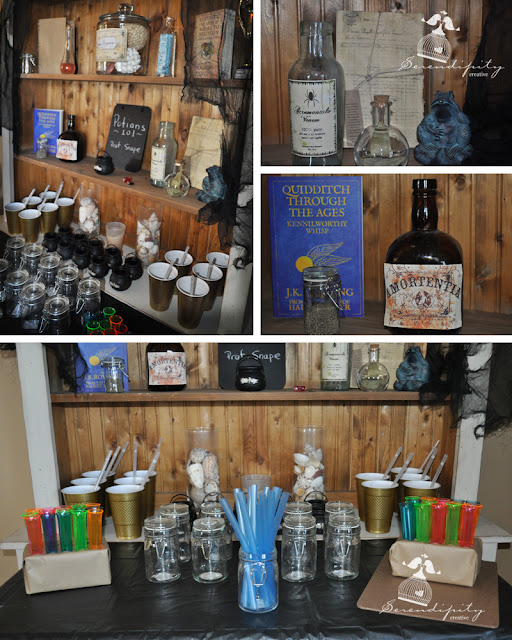 Potions 101 with Professor Snape! Our new wizards conjured up snow from Hogsmeade, and created Polyjuice that they actually got to drink with glo in the dark straws...too cool, and the ever disgusting troll  boogies (aka Green slime experiment). 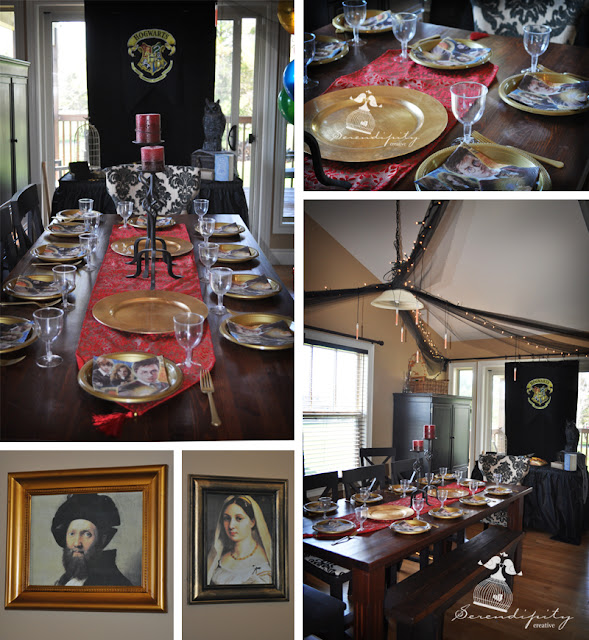 Students dined in the great hall under a twinkling sky with candlesticks hanging...amongst the famous paintings. They had a feast of chicken and sweets. 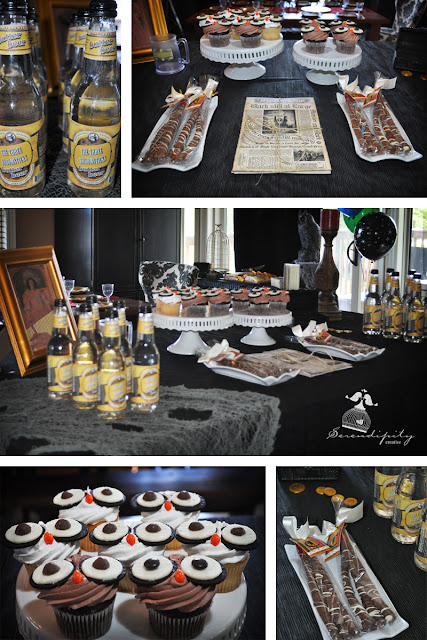 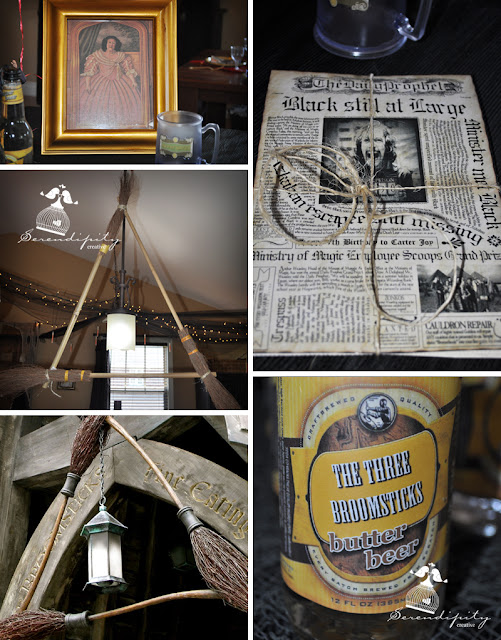 Our Wizards got to go on an outing to Hogsmeade to the Three Broomsticks...where they tried their very first butter beer, chocolate wands, and owl cupcakes. Interesting enough the Fat Lady was there and would not let them in until they said  the password. "fotuna major". They even got to read the daily prophet. 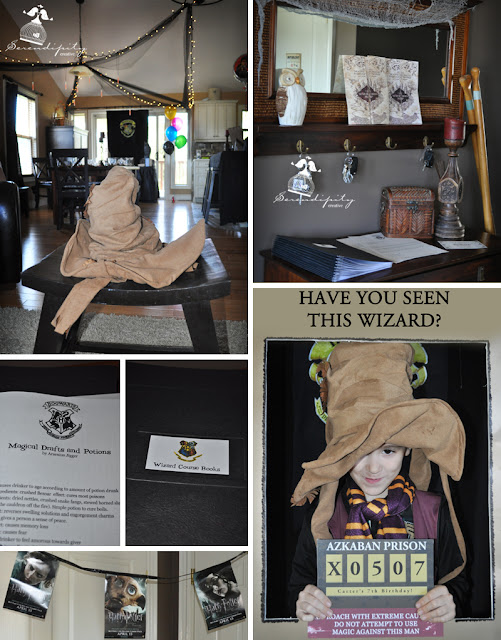 The sorting hat awaited all new wizards to be sorted into houses! They received house lanyards for the house they were sorted to...cards had descriptions of what it takes to be a member of each house. Wizards's received course books in spells and potions. Maruader's maps were handed out to help them search for the sorcerers stone with clues. First clue was found where moaning myrtle hangs out! They even were held in azkaban prison like the famous Sirius Black (photo booth). 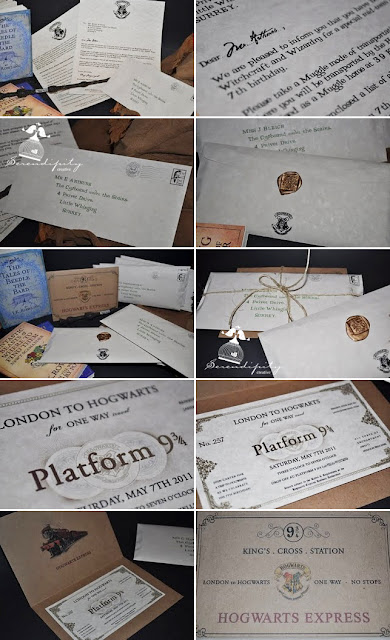 The famous Acceptance letters served as invites along with Hogwarts express train tickets! Invites available in our shop! 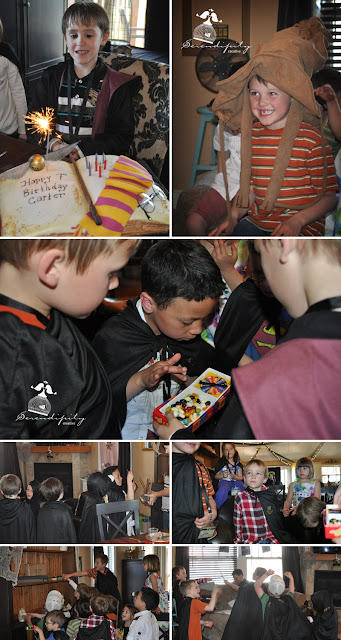 Party Highlights - Our Mr. Potter with his cake and friends having much fun. Sorting ceremony, wands choosing the wizard, daring to try bertie bott beans game, searching for clues to find the sorcerers stone, and of course casting spells on each other! Stupify! What a hoot!!!
Stay tuned for freebies from this party, including chocolate frog boxes and tips and tricks!
Posted by Serendipity Soiree at 8:09 PM

Email ThisBlogThis!Share to TwitterShare to FacebookShare to Pinterest
Labels: Parties, Parties for Boys

[se-ren-dip-i-tee] "The faculty of making fortunate discoveries by accident."

We were featured on Amy Atlas!